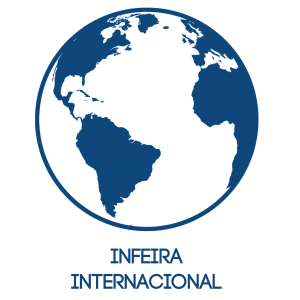 Between the cities of Porto and Aveiro in northern Portugal, there has been considerable growth in light industry in recent years and this has been one of the shining lights of the Portuguese economy. The key industries are metalworking, ceramics, footwear, cork and electronics and they have been a key factor in growing Portugal’s exports since 2011.

Slap bang in the middle of this industrial area is the city of Santa Maria da Feira and Infeira is determined to play its role in helping to attract and assist foreign companies who are interested in sourcing or setting up production here in the workshop of Portugal. Just recently, the Danish footwear brand announced a €20m investment in their factory in Santa Maria da Feira – they first opened here in 1984, but in 2006 started sourcing more from the Far East, only to come back to Portugal again in 2011, citing factors such as more attractive labour laws, proximity to their key markets, local skilled workforce and a strong local supply chain. They are now producing nearly 3 million pairs of high end shoes a year in their Santa Maria da Feira factory, employing 1200 of which 235 work in R&D.

Another example of light manufacturing success in the area is in bicycle manufacturing, which already exports €300 million worth of bicycles a year, with the likes of Orbea closing their Chinese production facilities to come to Aveiro, and a new bicycle manufacturing group, Triangle (a joint venture between Rodi, Miranda e Irmão and Ciclo Fapril) which is investing €15m in aluminium bicycle frames production, of which €9m comes from EU funding. These companies have chosen the area around Santa Maria da Feira area not least because their supply chain is already present on their doorstep and there has started a virtuous circle of growth.

If your company is interested in opening production facilities in Portugal, then INFEIRA will be able to help you with obtaining EU funding, introductions to local politicians (who typically can offer considerable assistance to foreign companies investing in the area), obtaining premises, hiring staff and introductions to local strategic partners.

INFEIRA, IN BUSINESS, IN PORTUGAL